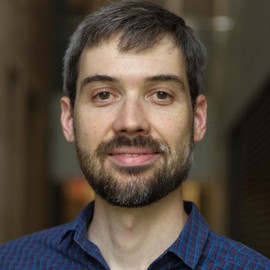 I am an assistant professor of politics and public affairs at Princeton University. My research sits at the intersection of political communication, public opinion, and political behavior. I use a combination of experimental methods, large datasets, machine learning, and innovative measurement to study how people choose, process, spread, and respond to information about politics.

Few people are prepared to effectively navigate the online information environment. This global deficit in digital media literacy has been identified as a critical factor explaining widespread belief in online misinformation, leading to changes in education policy and the design of technology platforms. However, little rigorous evidence exists documenting the relationship between digital media literacy and people’s ability to distinguish between low- and high-quality news online. This large-scale study evaluates the effectiveness of a real-world digital media literacy intervention in both the United States and India. Our largely encouraging results indicate that relatively short, scalable interventions could be effective in fighting misinformation around the world.Widespread belief in misinformation circulating online is a critical challenge for modern societies. While research to date has focused on psychological and political antecedents to this phenomenon, few studies have explored the role of digital media literacy shortfalls. Using data from preregistered survey experiments conducted around recent elections in the United States and India, we assess the effectiveness of an intervention modeled closely on the world’s largest media literacy campaign, which provided “tips” on how to spot false news to people in 14 countries. Our results indicate that exposure to this intervention reduced the perceived accuracy of both mainstream and false news headlines, but effects on the latter were significantly larger. As a result, the intervention improved discernment between mainstream and false news headlines among both a nationally representative sample in the United States (by 26.5%) and a highly educated online sample in India (by 17.5%). This increase in discernment remained measurable several weeks later in the United States (but not in India). However, we find no effects among a representative sample of respondents in a largely rural area of northern India, where rates of social media use are far lower.

Does the internet facilitate selective exposure to politically congenial content? To answer this question, I introduce and validate …
Andrew M. Guess
Preprint

Exposure to untrustworthy websites in the 2016 US election

Since 2016, there has been an explosion of interest in misinformation and its role in elections. Research by news outlets, government …
Andrew M. Guess, Dominique Lockett, Benjamin Lyons, Jacob M. Montgomery, Brendan Nyhan, Jason Reifler
PDF DOI